×
On behalf of Sandler Training, our thoughts are with our clients and their families and businesses impacted by COVID-19. We are committed to working with you to help you and your business through these extraordinary times. Sandler Training is open but operating remotely in accordance with recommendations by WHO and the UK government to do our part to help ‘flatten the curve’ for the NHS . We’re here for you and the community. Please don’t hesitate to call or email us to talk through your concerns. Best wishes for the health and safety of your families, teams, and clients.
Skip to main content
Cambridge | crobinson@sandler.com 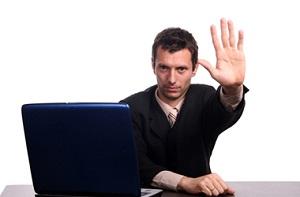 Most times you already know what objections you/your people are likely to face before you start a conversation.  As part of your pre-meeting planning take the time to figure those out and how you would handle them if they come up. Also share best practice amongst your team, what have others tried that work well?

2. Defuse the bomb before it blows up

It can be tempting to want to sweep any possible issues/objections under the carpet and hope they don’t get raised.   Taking that approach risks you investing a lot of time and effort in a sale only to get sideswiped by a critical objection at the end.  Instead be the one to raise objections early in your sales process:

‘My greatest fear is that you are going to love what we have, but that delivery time is going to be an issue.  Can we talk about this?‘

‘I know you have been working with another provider for several years, even if we have a better solution I’m guessing it might be difficult for you to disengage with them. Can we talk about that?’

3. When under attack, fall back

If you do get objections raised don’t get defensive.  Its human nature to want to defend your position, to come up with great answers that refute that objection.  However that’s not best way to handle objections as you and the prospect can end up further entrenched in your opinions.  What’s more powerful is to act counter intuitively.  Don’t justify and don’t defend.  Instead ask questions that get the prospect talking because the best way to overcome objections is for the prospect to address them.

Let’s say that your company worked with that client previously but it didn’t end well.   When trying to re-engage with that company its tempting to want to explain all the things that have changed that mean that experience wouldn’t be repeated.  Instead say something like ‘Clearly the last time we worked together it didn’t end well.  I could tell you al the changes we have put in place to ensure that never happens again, but I’m guessing if even if I did that you would never want to work with us again .  Is that fair?’

If they yes, then its over. If they say no, then you can probe around that to understand more.  ‘Oh really, I’m surprised you say that.  Why is that?’

Tonality is really important here, this is not about being defensive or being on the attack.  Its more about having really honest and direct conversations and not avoiding the elephant in the room.

The number one thing sales people DON’T do

Is your message getting through or lost in your words?